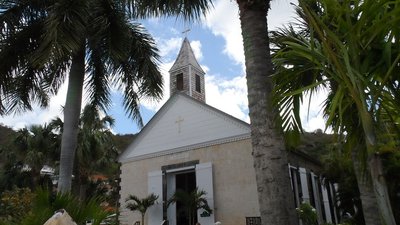 Palm Sunday 9am service in St. Bartholomew's Anglican Episcopal Church (with history dating back to the 1850's) 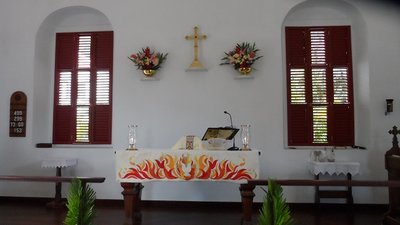 We made it in time for most of the service after taking the ship's first tender to shore. 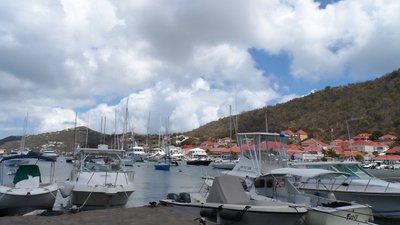 The safe harbor is attractive to luxury yachters. 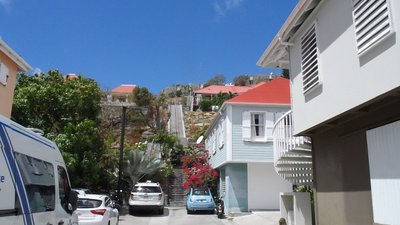 Stairs to one of the four forts built during the Swedish period. Yup, Sweden owned St. Bart's for almost 100 years starting in 1784. 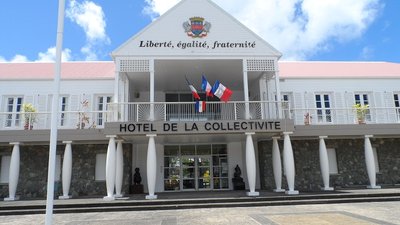 Great location for the City Hall! 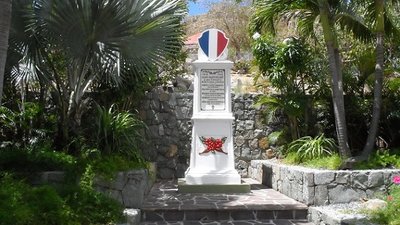 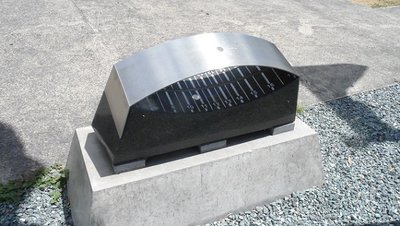 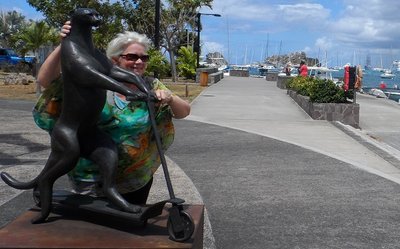 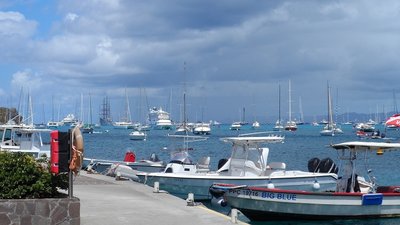 Gustavia is small, with a population of 2,300 people of French, British and Swedish descent. 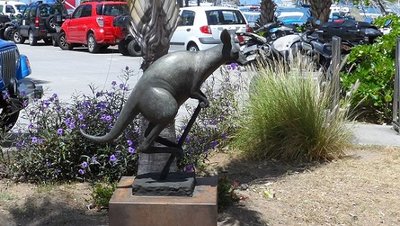 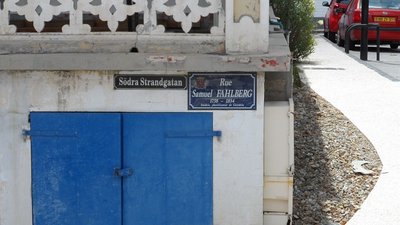 St. Bart's was the first and only Swedish colony in the West Indies. Swedish street names are preserved, though no one uses them. 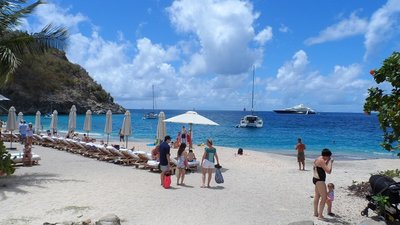 Shell Beach - within walking distance from the tender pier 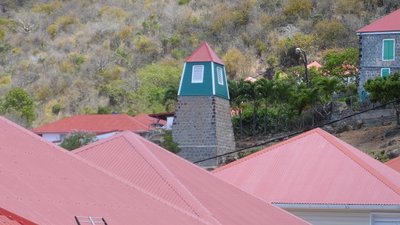 The Swedish bell tower (now a clock tower) is the oldest building in town. 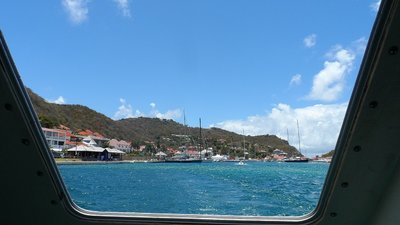 A look out the window of the tender as we return to our ship to lead the afternoon Palm Sunday service.

Previous Next Table of contents